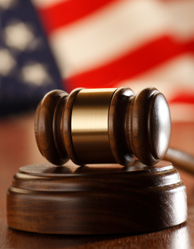 It is impossible for an attorney to be an expert in every area of law. Therefore, at the law firm of Jeffrey M Laski, I have chosen to focus my practice on only two areas of law: criminal defense and personal injury cases. Over the last 32 years I have represented clients in cases involving assault and battery, attempted murder, attempt to influence a public official, burglary, conspiracy, counterfeiting, domestic violence, driver’s license suspension hearings and revocation hearings, driving under the influence of alcohol (D.U.I.), driving while ability impaired (D.W.A.I.), driving while intoxicated (D.W.I.), driving under suspension or revocation, eluding, forgery, harassment, juvenile cases, menacing, motor vehicle theft, obstructing a police officer, reckless endangerment, resisting arrest, robbery, sale or possession of controlled substances, sexual assault, theft, traffic violations, trespassing, weapons charges, white collar crimes, and many other criminal matters.

In criminal defense my practice areas include, but are not limited to, the following:

What Our Clients Are Saying:

Get In Touch With Us Now: